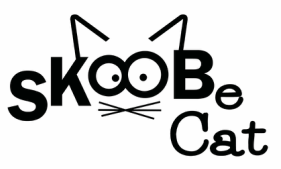 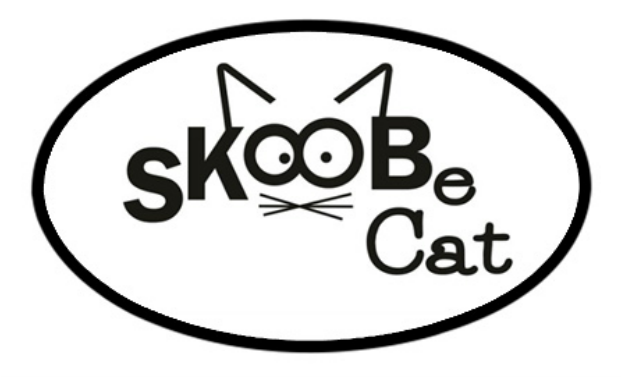 SKooBe Cat started as a representation on my first three cats.  Simba, and later Kira, were the first two.  Upon Simba's passing, Bailey became the third cat.  Because Simba was, in fact born in 1994 and thus, named specifically after The Lion King, upon his passing it felt appropriate to find an heir to his domain that maintained the Circle of Life.  As a result, the day Simba passed in 2006 is the exact same day Bailey was born.  Even after his passing, I still felt I had 3 cats...  Simba, Kira, and Bailey, or SKB.

Simba was named after the Disney character from The Lion King, which was quite appropriate since I had worked at Disneyland as a teen, and as a result, I was fond of all things animated and theme park related from Disney.  In 1994, just a few months after the movie release, the man responsible for The Lion King, Jeffery Katzenberg, left Disney and formed a new company: DreamWorks SKG.  (The SKG represents the founders, Spielberg, Katzenberg, and Geffen, and most people forget the 3 initials when discussing the company)  One of my own initials is the letter B, and that rhymes with G... so it was very easy to transition from the Dreamworks initials of SKG to my own set SKB.

As it turns out, I adopted the SKB long before I even knew I adopted SKB...  when Kira and Bailey moved to Portland, the next addition to the family was Sidney...another "S".  When we moved to a new house, that house came with a feral porch cat we nicknamed Sox, another "S" (turns out, the neighbor who had looked out for him for the previous 8 years, also called him Socks).  Finally, another feral/stray adopted us and literally moved into our home.  We named him "KC" after our neighborhood/location, as he was first identified during a neighborhood association meeting in a building (literally) across the street, and within days he found our cat friendly porch, and as our KC, the Kenton Cat, he was quite an amazing individual.

Since that period, in which I identified the SKB series of names, it has become a standard.  All cats must now have names that represent either S, K or B.  Our most recent cats have been named Katie and Bernie (short for Bernadette), and in hindsight, my cat from the 80's was even named Biff.  (Miss Bernie was under a year old when she found us, and brought her kittens to our home. That was definitely a Surprise!  We named them Danny and Annie (after "When the Red Fern Grows") outside the SKB standard, to be sure we wouldn't keep these two adorable kittens.

So this is where we establish SKooBe Cat.  My own vehicle licence plate is SKB Cat, totally derived from my SKB cat obsession.  If you take the SK (and add the googlie eyes from my cat graphics, shown below) and add the B, you get SKooB.  Obviously, adding an "e" completes a word, and the addition of "Cat" defines the objective.  But really, SKooBe also reminds me of Biff, Simba, Kira, and KC every time I reference anything regarding my own"SKB Cat" experiences. 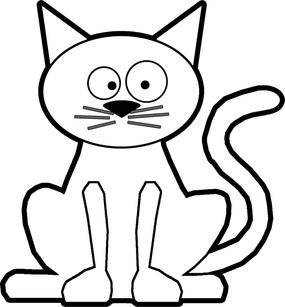 ​These are the S, the K, and the B cats (and their stories)